One of the small nations' main problems is the preservation of national culture, traditions and language. A graduate of the Moscow Literary Institute, novelist, director of the Nogai Drama Theater, chairman of the Nogai Cultural Autonomy of Russia, holder of the Order of Merit for the Karachay-Cherkess Republic Valery Kazakov told Vestnik Kavkaza about the historical challenges faced by the Nogai language.

- Valery Seperovich, can Nogai language be classified as endangered?

- Any language is a living structure, a kind of personality with its own character, temperament, its own history and, of course, future. There were many languages that were spoken, used by great minds, but these languages gradually faded, being replaced by other linguistic forms. In science, such languages are referred to as dead. They only exist in the minds of a highly specialized group of scientists. No jokes are told in these languages, no children use it, no housewives write recipes in it. These languages are deleted from people's public life. Only like fragments, reflections, we can sometimes find echoes of dead languages in toponyms of unfamiliar places.

The situation is alarming with the Nogai language at the moment. Nogai speakers, as you might guess, Nogais are the small Russian nation, settled from Altai to Dagestan and Karachay-Cherkessia. In view of the objective environment associated with educational programs in schools, as well as the natural migration of young people to large cities, the Nogai language is becoming quieter and less expressive. It is very difficult to notice, because this process is stretched in time (sometimes in several generations), but it is even more difficult to recognize that your national language, the artery of your people and your national culture has begun to fade. 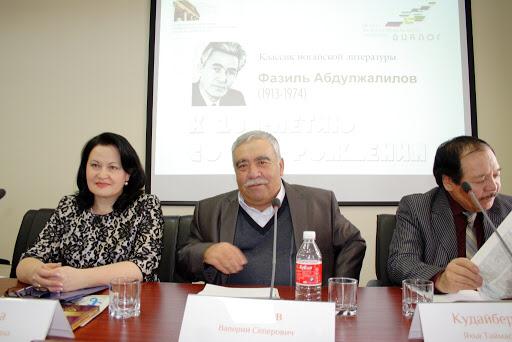 - What is being done to popularize the Nogai language?

- For the first time, they started talking about the development of Nogai culture in the 1990s. But then there was a catastrophic lack of funding in the cultural sphere, therefore, due attention was not paid to this issue in those years. Only from the early 2000s, initiative representatives of Nogai culture, science and art started to show concern for the preservation of language and culture. Nogai scholars, studying the vast masses of historical chronicles in the libraries of Russia, Europe, Turkey, came to the conclusion that Nogai culture was widespread at the turn of the Middle Ages. The international correspondence between Europe and the Horde was in Nogai language, the Nogai language was the language of international communication.

- By the way, what's about the Nogai writing system?..

- The author of the modern Nogai alphabet, adapted to Russia's Cyrillic alphabet, was Abdulhamid Shershenbievich Dzhanibekov, an innovator and progressive converter of Nogai culture. Dzhanibekov was the first to generalize folk tales, Nogai folklore, writing it for posterity. Dzhanibekov is the key man of the modern Nogai language. I think it will not be an exaggeration if I say that every representative of Nogai people should be grateful to Janibekov for preserving the Nogai language, because without his efforts and dedicated work, the Nogai people would not have their own national language. Abroad, Nogais are published in Latin. The Arabic Nogai alphabet is called Ajam.

Now there are many new authors in Nogai literature who truly love their language. Having "tasted" all its depth and beauty, they left their essays and poetic works. The astronaut, twice Hero of the USSR Vladimir Dzhanibekov, who discovered the amazing physical phenomenon of rotating bodies - the Dzhanibekov Effect, brought the Nogai language out of the Earth. 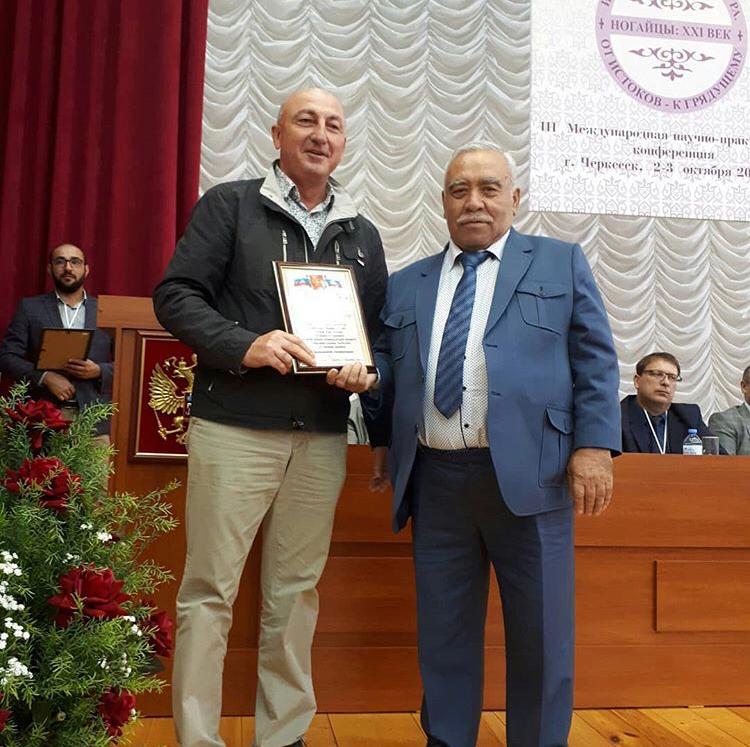 - What measures to preserve the Nogai people's culture are being implemented today?

- To solve the archival goal of preserving identity, holidays and festivals are regularly held, including three international conferences 'Nogais. XXI Century' attended by delegates from around the world. As part of the International Mother Language Day in February, sports, concerts and scientific conferences are held. The most important thing is to  create the demand for studying and using the native language by young people, those who will pass it down to the next generation. In the modern system of public education, very little attention is paid to national languages. The etymology of Russian words, toponymy, the study of Russian history cannot be considered complete without the Nogai language, another layer of the map on which our history is written.