Yuri Malikov went down the history of Soviet and Russian pop as the creator and permanent leader of one of the country's first vocal-instrumental ensembles "Gems", which deserved popular love, including in the Caucasus, and the song "My Address - Soviet Union" became his hallmark " Now Malikov organizes festivals, participates in the jury of music competitions. The musician told Vestnik Kavkaza about Baku and his friends from Azerbaijan.

- Yuri Fedorovich, when was the last time you visited Baku?

- Somewhere in the late 2010s, and would love to come again. When I watched the Eurovision Song Contest in Baku, I saw a city that is completely different in style from Soviet Baku. But there was always amazing architecture, wonderful people, great audience - very lively, real. I remember that we opened the Palace of the Republic there, performed at the opening together with the Guy Quartet. Baku is an amazing city. Success and prosperity to Azerbaijan!

- Have you known Muslim Magomayev?

- Yes. And I can reveal the secret: no one sang the songs of the composer Muslim Magomayev except for "Gems". Probably even Muslim himself. But there is a song that we recorded. It is called "We Are Born for a Song." Music by Muslim Magomayev, poems by Rozhdestvensky, performer "Gems". Muslim was a great man and great vocalist. The memory of him is kept in Moscow. In 2009, a concert hall opened in Crocus City, named after Muslim Magomayev. I think Muslim will forever remain even in the memory of even those who did not know him, but were fascinated by his voice. With his wife Tamara Sinyavskaya we were born on the same day - July 6th. We always celebrate, and when we meet with her, we remember Muslim - this bright person. 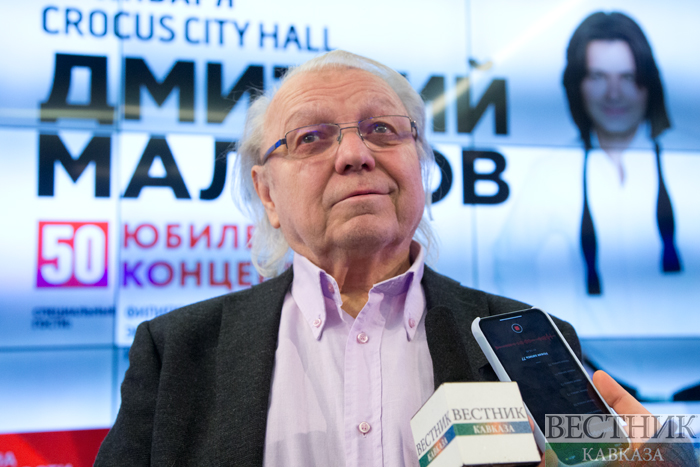 - Do you keep in touch with Polad Bulbuloglu?

- This is my old colleague and old friend. I even have a photo with him posted on an Instagram page. His son is also a great musician. February 4, Polad turns 75 years old. I would like to congratulate him, wish him good health. This is the most important, because at our age there can be no further existence on earth without this. Therefore, health, long life, good mood, good songs! Polad is a great vocalist, a great musician.