A "comparative" photo that depicts the pavilions of Azerbaijan and Armenia at the largest military-technical salon IDEX-2021 in Abu Dhabi became viral in the Internet.

In Armenia’s pavilion, nothing was presented except for booklets.

The Ministry of High-Tech Industry of the Republic of Armenia stated in defense that the transportation of the exhibits had been arranged in advance, but due to logistical problems they never made it to Abu Dhabi. The department assured that an internal investigation has already been launched. 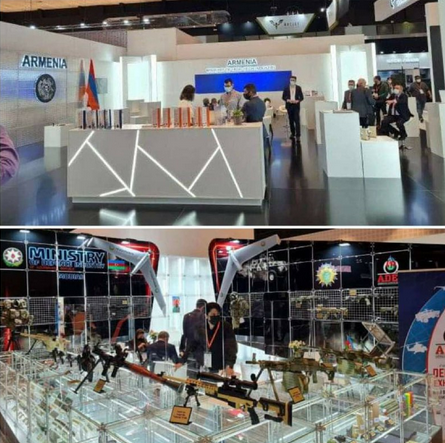