Diaspora puts up "Karabakh is Azerbaijan!" poster in Houston (PHOTO)

The campaign initiated by Azerbaijanis abroad to promote the slogan “Karabakh is Azerbaijan!” continues.

After Prague, London, New York and Boston, Azerbaijanis put up a poster 'Karabakh is Azerbaijan!' hung on a bridge on the highway in the center of Houston, Texas, the State Committee for Diaspora Affairs said.

This campaign was organized by the Azerbaijani American Cultural Alliance, Houston. The display of the banner for several hours attracted locals’ attention to the Armenia-Azerbaijan Nagorno-Karabakh conflict. 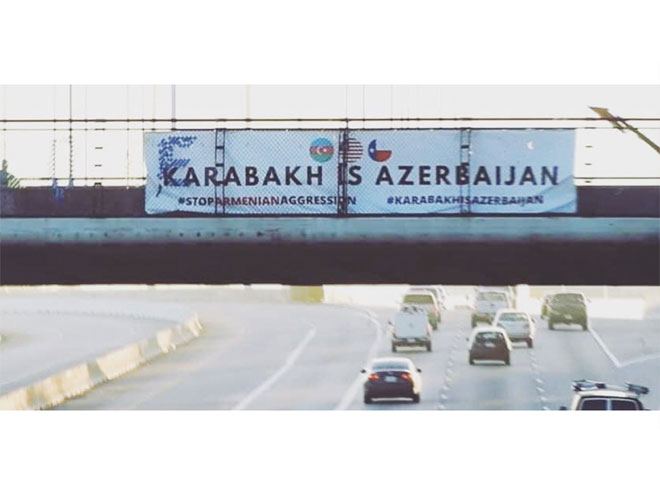