The meeting of the Presidium of the Russian Academy of Arts was recently held, during which art curator, artistic adviser of the Heydar Aliyev Foundation for Culture and Art, Honored Art Worker of Azerbaijan Emin Mammadov was presented with the regalia of the Academy's Honorary Member. 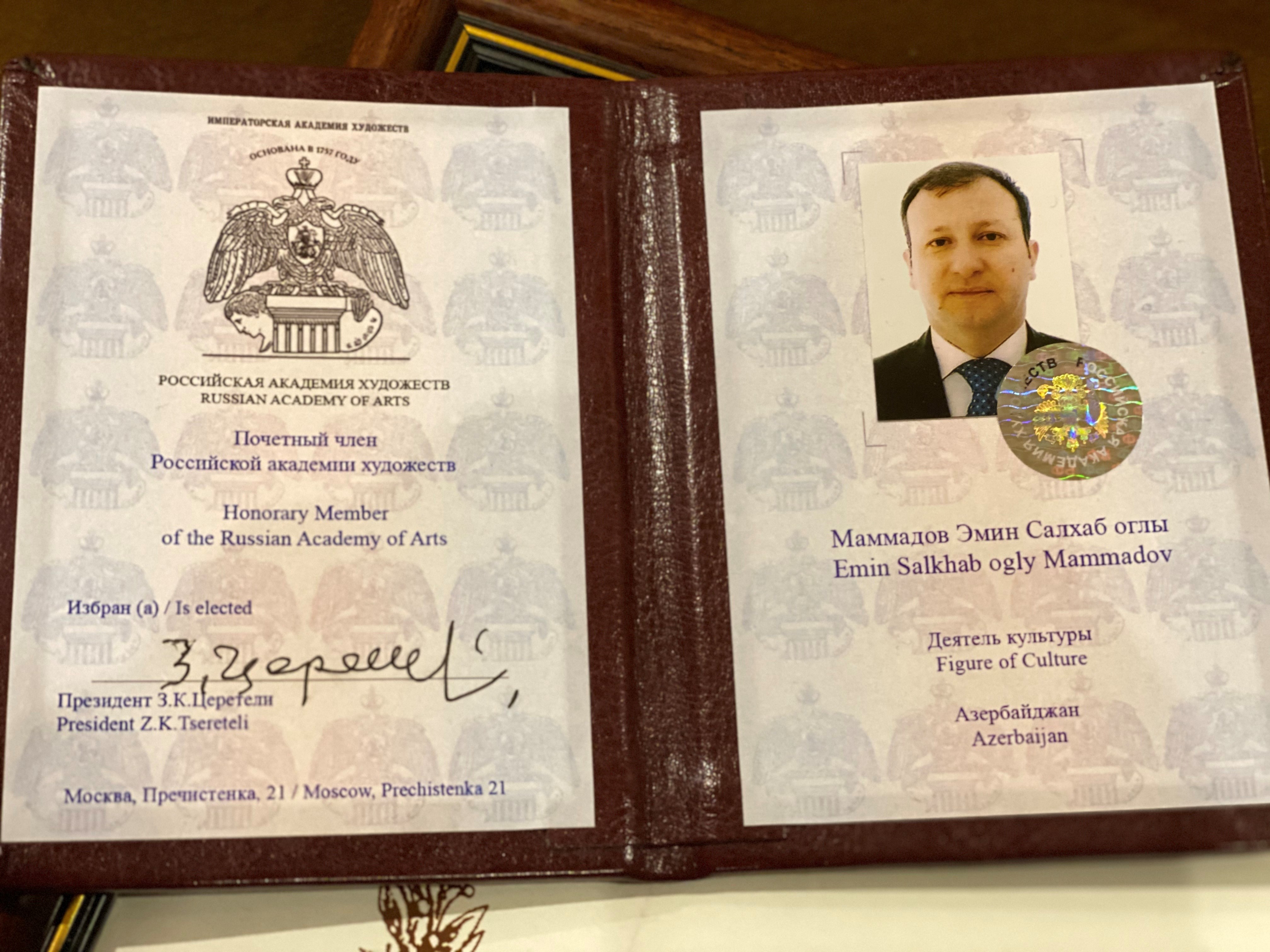 The Honorary Member's mantle was put on Mammadov by the president of the Russian Academy of Arts, famous sculptor Zurab Tsereteli. 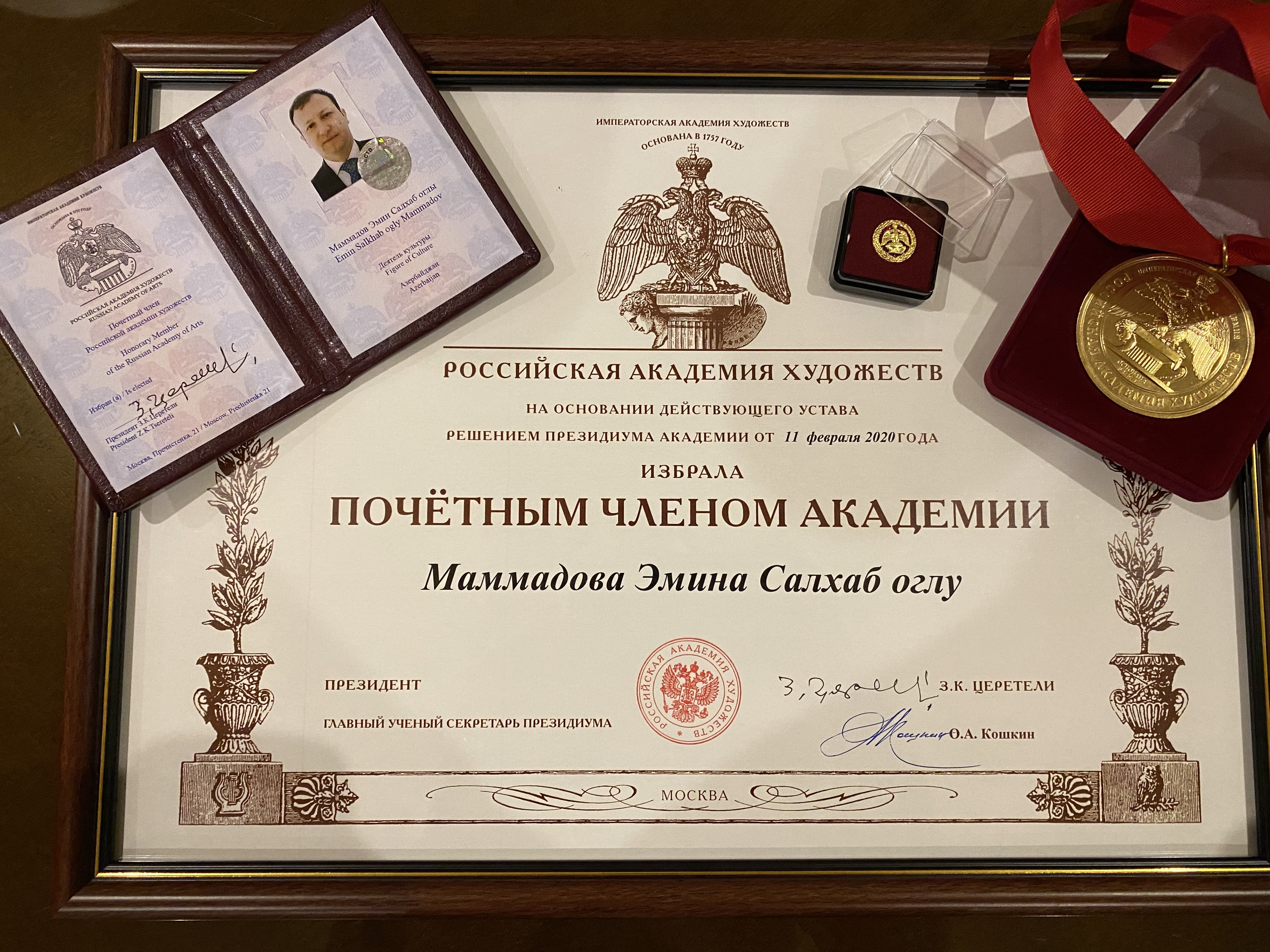