Bayramov first visited the grave of the unknown soldier at the Kremlin walls, and laid a wreath on it, the correspondent of Vestnik Kavkaza reported.

During the visit, the minister met with his Russian counterpart Sergey Lavrov, and will also hold meetings at the Federation Council and the Cabinet of Ministers of Russia.

The meeting, which has begun in a tet-a-tete format, will be followed with the participation of delegations.

"The heads of the foreign ministries will discuss the status and prospects of bilateral cooperation, key aspects of the regional and international agenda, including settlement of the Nagorno-Karabakh conflict," the Russian Ministry of Foreign Affairs said. 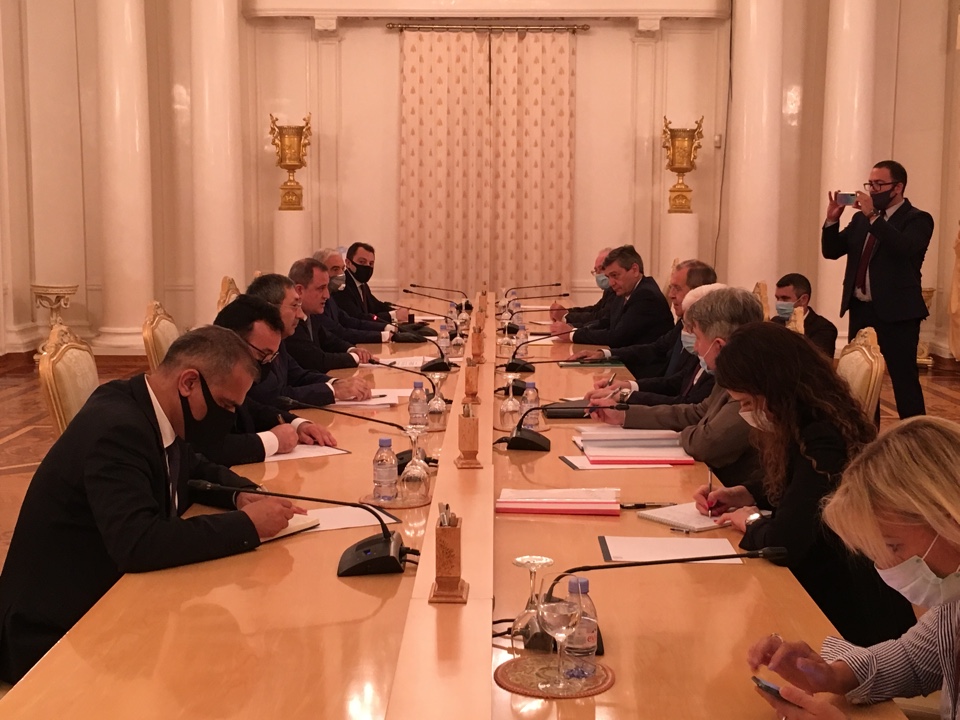 "We consider the upcoming visit in the context of the continuation of the Russian-Azerbaijani political dialogue, the further expansion of mutually beneficial cooperation," the Russian ministry concluded.