Armenian users on social media have created fake profiles of Assistant to the President of Azerbaijan, head of the Foreign Policy Affairs Department of the Presidential Administration Hikmat Hajiyev.

Hikmat Hajiyev himself noted the issue via his Twitter profile.

In his another post, Hajiyev noted that through one of the fake profiles, comments are written under the publications of the Armenian Foreign Ministry on Twitter.

"Armenian propaganda machine creates such fake profiles on my behalf and then writes comments to MFA Armenia. It is ridiculous," he wrote. 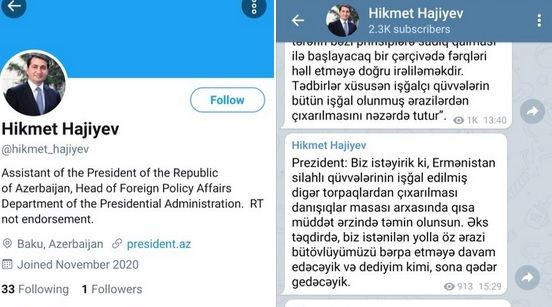 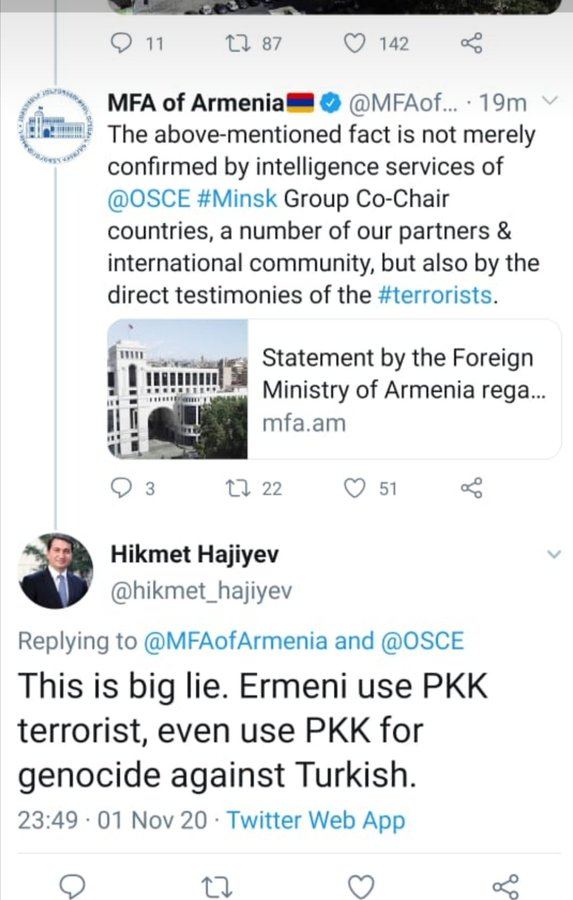