President of Azerbaijan Ilham Aliyev has received a delegation led by Russian Minister of Foreign Affairs Sergey Lavrov in Baku.

Aliyev recalled that he held a telephone conversation with Russian President Vladimir Putin on May. "We have congratulated each other personally with our common Victory, the victory over fascism," he said.

The Russian diplomat noted that the border issues in Nagorno-Karabakh are solvable in spite of their complexity.

"We are grateful for the high appreciation of our peacekeepers’ role. We will do our best so that, as you have stressed, everyone can proceed from that fact that the military issues are closed. Now we need to address the details ‘on the ground.’ There are delimitations, demarcations [of the border]. It is not so simple, but everything is solvable, in our conviction. Military experts alongside diplomats can agree on mutually acceptable solutions," TASS cited Lavrov as saying. 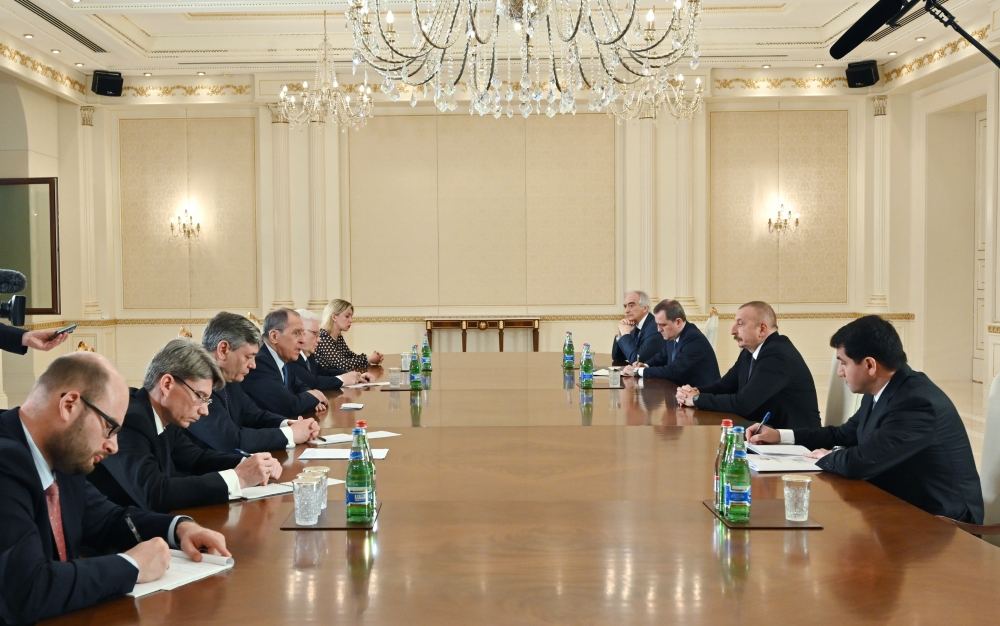