Ayatollah Ali Khamenei said that he was not interested in taking foreign-made vaccines, because it is better to "wait for the Iranian vaccine because we have to be proud of this national honor.”

In January, Khamenei banned imports of the American and Britain vaccines, a reflection of mistrust toward the West.

Iranian pharmaceutical company Shifafarmed made the COVIran Barekat vaccine based on deactivated virus, and the first study of the safety and effectiveness began in late December.

The emergency authorization was approved last week after the country, which is the worst-hit nation in the Middle East, faced problems importing enough vaccines.

Health Ministry spokeswoman Sima Sadat Lari said 10,820 new confirmed cases were registered over the same period, bringing that total to 3,150,949. At least 1,397 people remained hospitalized with the virus, she added.

Lari said that 3,219 of the patients are in serious condition, and that 2,809,595 have recovered so far. Iran remains among the hardest-hit countries in the world. 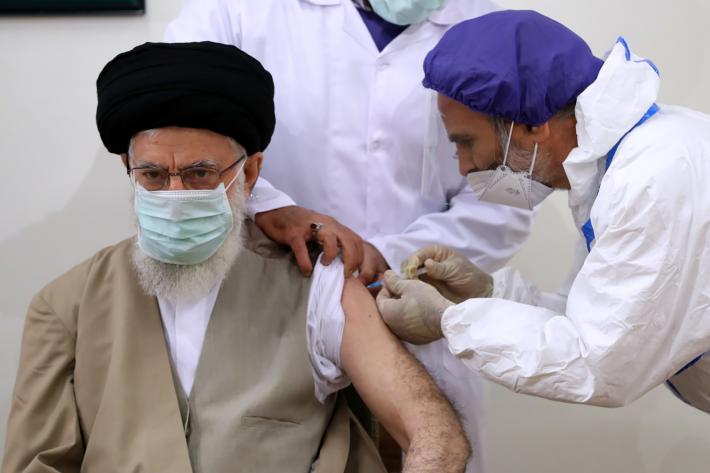