At the press conference, Lavrov said that  the sides discussed all aspects of our bilateral ties from the viewpoint of strategic partnership and exchanged opinions on regional and international topics, as well as our collaboration in multilateral organisations.

"We pointed out the truly all-embracing nature of our interaction, where the tune is set by President of Russia Vladimir Putin and President of Azerbaijan Ilham Aliyev," he said. Lavrov said that Russia will support Azerbaijani in receiving SCO observer status. The minister also said that Russia-Azerbaijan mutual trade has increased even despite the coronavirus infection.

The Russian minister noted that he and Nayramov discussed the Nagorno-Karabakh issue "in great detail." "As I understand, we aim to continue the peace process. In this sense, it is important to provide the required atmosphere for launching a stable and sustainable negotiating process. Of course, this is not for the sake of the talks themselves, but this aims to resolve the Karabakh question by peaceful means. In turn, Russia as a nation and as one of the three co-chairs of the OSCE Minsk Group, will facilitate the creation of such conditions in every way possible," Lavrov said.

"Under the auspices of the OSCE Minsk Group co-chairmanship, together with the parties - Armenia and Azerbaijan, numerous documents have been developed with varying detalization degree in approaches, but common in their main goal - to solve the problem on the basis of the principles enshrined in the UN Charter and the OSCE Helsinki Final Act. The basis is quite serious, and it would be sad to lose it," the Russian top diplomat said. 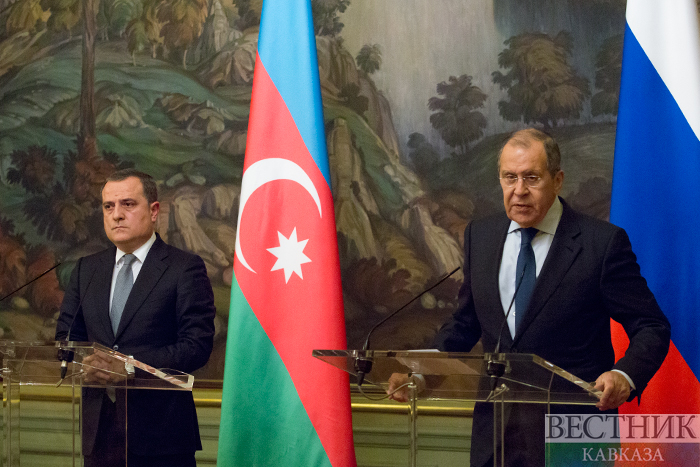 After the meeting with Lavrov, Bayramov said that the negotiations over the Nagorno-Karabakh conflict "must be substantive rather than an imitation of the negotiation process."

"I would like to emphasize Azerbaijan's constructive position in the process of negotiations on the settlement of the Armenian-Azerbaijani Nagorno-Karabakh conflict. For almost 30 years, despite the occupation of 20 per cent of Azerbaijani lands by Armenia, Azerbaijan continues to participate in the negotiation process," the minister said.

Bayramov also met with Russian Deputy Prime Minister, co-chair of the Azerbaijan-Russia Intergovernmental Commission on Economic Cooperation Alexei Overchuk to discuss mutual investments, including investments of Russian companies in engineering, pharmaceuticals, railways and other fields. It was noted that the commissioning of the North-South transport corridor and a new bridge over the Samur River, which are of special importance for the development of economic and trade relations, will give impetus to mutual relations.

Cooperation in the humanitarian, cultural and educational spheres were also discussed at the meeting as the sides emphasized the importance of expanding inter-regional cooperation and holding events to promote this cooperation. 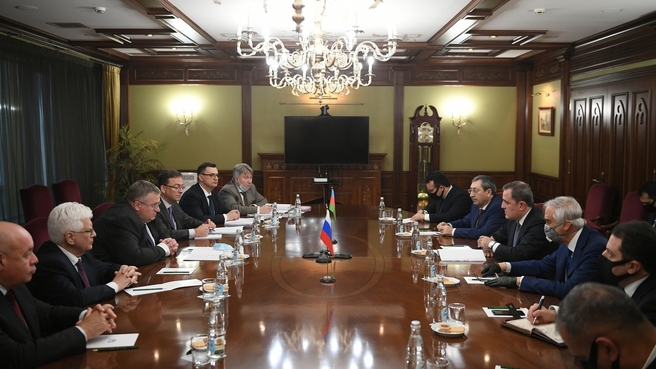 The sides exchanged views on various aspects of successfully developing relations between the two countries, as well as stressed the high level of inter-parliamentary cooperation.

The sides stressed that the mutual trust between the presidents of the two countries, as well as mutual visits, gave an impetus to further strengthen the bilateral relations.

In this regard, the success achieved within the official visit of the Azerbaijani first vice president to the Russian Federation last year was especially stressed.

While referring to the legal basis of cooperation between the two countries, in this context, the documents on friendship and strategic cooperation of 1997 and 2008 were especially stressed. 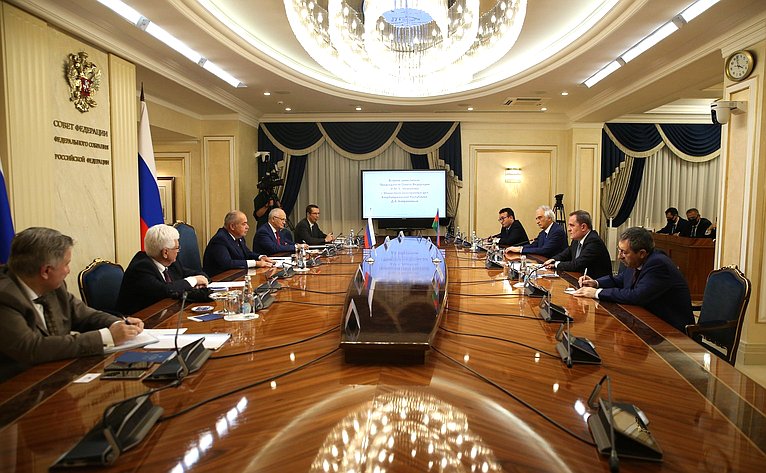 Touching upon the issues of cooperation at the international level, the sides exchanged the views on expanding the mutually beneficial ties within the Parliamentary Assemblies of the OSCE, CIS and other organizations.

The sides also discussed the issues of cooperation between the two countries in the humanitarian, cultural fields and in the field of education.

While speaking about the steps taken to evacuate citizens from both countries within the fight against the pandemic, the sides stressed the importance of mutual assistance and solidarity in the current situation.