During the meeting of the Russian interdepartment delegation with the Prime Minister of Armenia Nikol Pashinyan in Yerevan, the Russian tricolor was absent, as can be seen in the published photos.

In particular, the footage shows that the head of the Russian Defense Ministry Sergei Shoigu is talking with Pashinyan, but behind them there is only one flag - Armenian.

"At the moment, there are no comments ... regarding the diplomatic incident," wrote the Voennoye Obozreniye Telegram channel. 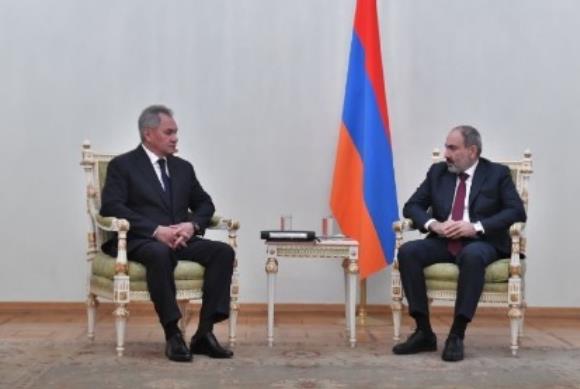