Russian President Vladimir Putin, Azerbaijani President Ilham Aliyev and Armenian Prime Minister Nikol Pashinyan have begun trilateral talks on the Nagorno-Karabakh conflict in Moscow. During the meeting initiated by the Russian leader Putin said the agreements of November 9, 2020, which ended the Karabakh war, are being consistently implemented.

Putin expressed gratitude to Aliyev and Pashinyan for responding to his initiative to discuss the implementation of the trilateral statement and further steps to overcome existing problems and establish a peaceful life in the region. "Russia values ​​the partnership and good-neighborly relations that bind our countries and peoples, so we followed the outbreak of an armed conflict with sincere concern for the fate of people. Large-scale hostilities, unfortunately, led to significant human casualties, exacerbated the already difficult situation in Transcaucasia, increased the risks of the spread of terrorism," he said in the first place.

The Russian President also thanked the heads of Azerbaijan and Armenia for their positive reaction to the active mediation efforts undertaken by the Russian side aimed at helping to stop the bloodshed, stabilize the situation and achieve a sustainable ceasefire. "We were in constant contact, we were looking for a compromise together. It was as a result of our common efforts, after intensive negotiations on November 9 that a trilateral statement was agreed. As you know, in the first place this basic document orders a complete cessation of hostilities, sending Russian peacekeepers to the region and, which is especially important, providing the civilian population affected by the clashes with all-round and effective assistance in returning to normal life," he said. 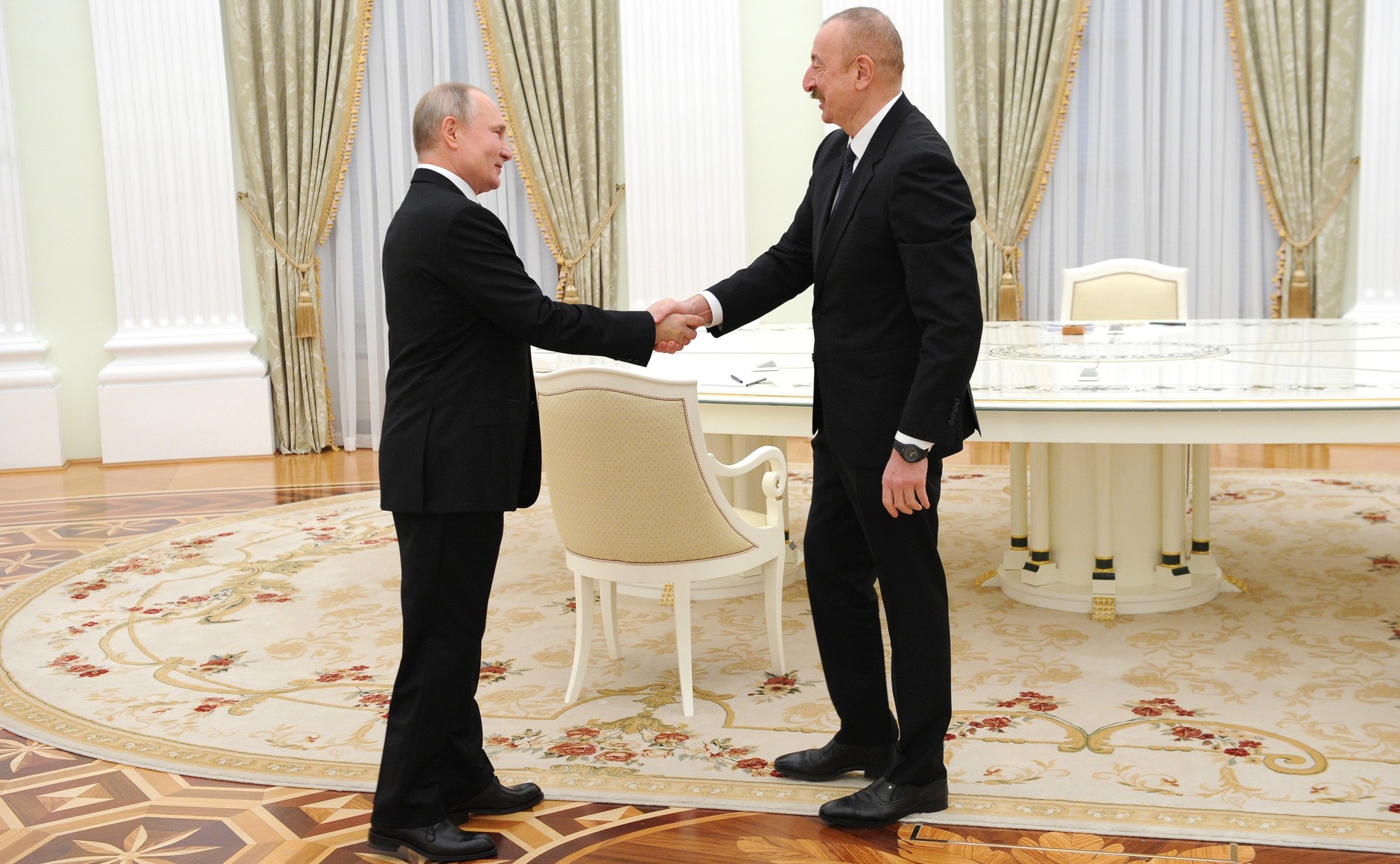 "Today we can note with satisfaction that the trilateral agreements are being consistently implemented. This creates preconditions for a long-term and full-scale settlement of the long-standing conflict in the interests of both the Azerbaijani and Armenian peoples," the Russian leader said at the beginning of the meeting.

"An effective ceasefire control system has been created. The situation in the region is now calm," he said.

Speaking about the agenda of today's talks, Vladimir Putin said they would be devoted to the tasks of the Russian peacekeeping mission, clarifying the lines of demarcation and solving humanitarian problems, including the protection of humanitarian heritage, the correspondent of Vestnik Kavkaza reports.

"Particular attention will be paid to unblocking transport links in the region, opening borders. These will be dealt with by a special trilateral group chaired by the prime ministers of Russia, Azerbaijan and Armenia," the Russian leader noted, expressing hope that the current negotiations will be meaningful.

"We are all certainly interested in peace and security in the region," he concluded. 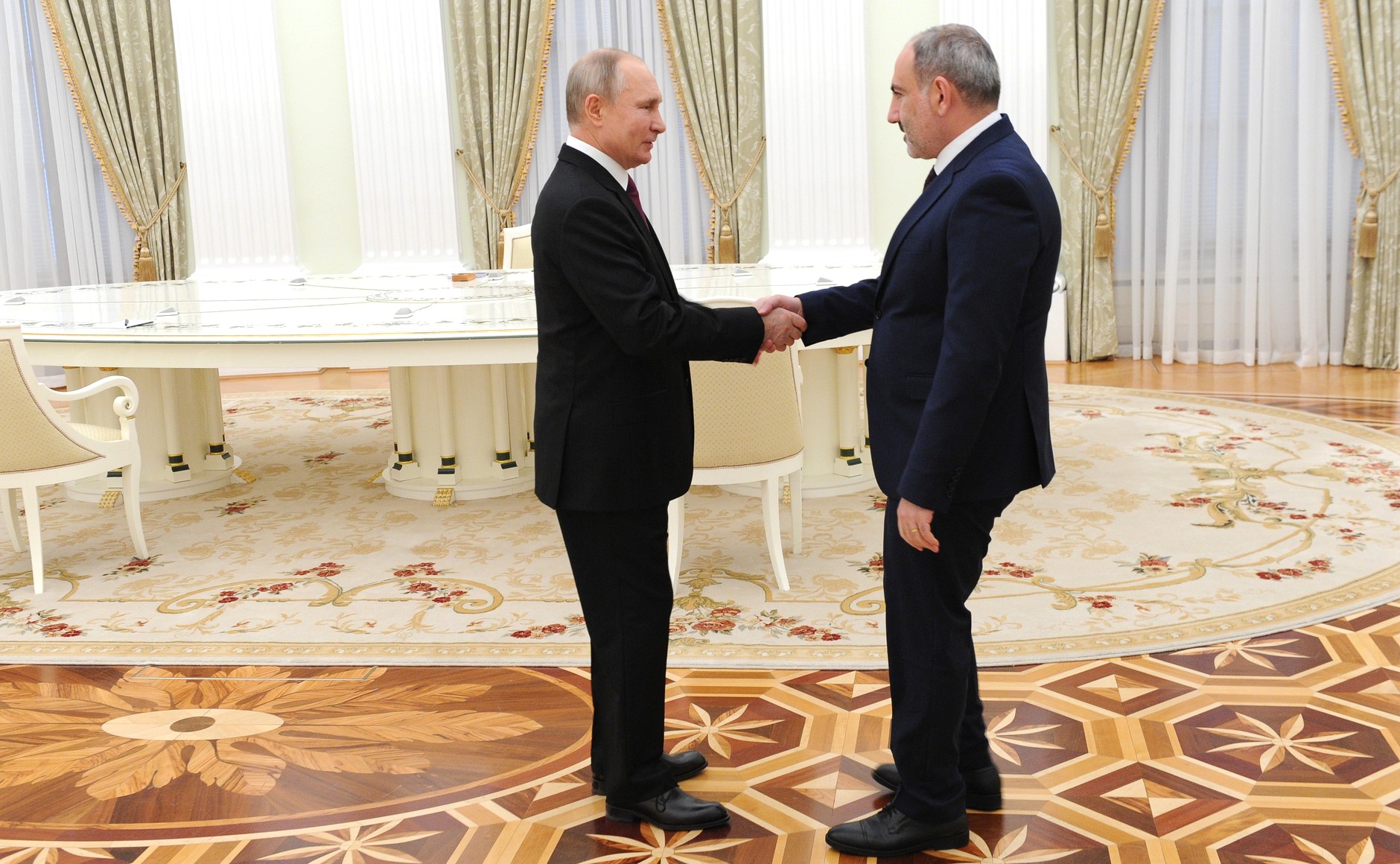 The Kremlin press service said earlier that the parties planned to discuss the implementation of their November 9 statement on Nagorno-Karabakh and consider future steps to resolve the region’s issues. Putin, Aliyev and Pashinyan are also expected to touch upon the need to provide assistance to locals affected by military activities and boost trade, economic and transport ties. The talks mark Putin’s first international meeting of 2021 and his first face-to-face meeting with foreign leaders in the past two months.