Today Orthodox Christians are celebrating Christmas, one of the biggest and most ancient Christian holidays. The main solemn service was held in the Christ the Savior Cathedral by Patriarch Kirill of Moscow and all Russia on the night from the 6th of January to the 7th.

Russian Prime Minister Dmitry Medvedev and his wife Svetlana attended celebrations in the Christ the Savior Cathedral. They were surrounded by children: boys from the Orthodox gymnasium and girls from the shelter under the Pokrovsky convent. 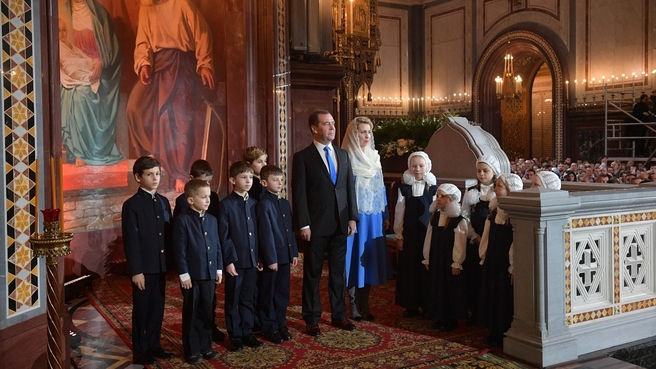 The holiday was banned in Russia after the revolution of 1917. Christmas became an official holiday in 1991: on December 27, 1990, in response to an appeal by Patriarch Alexy II, the Supreme Soviet of the RSFSR declared Christmas a holiday. The resolution came into effect on January 14, 1991.